Today was a lovely day! I went for a walk with Selam along the Promenade, and then we went to the Cours Saleya and walked through the Old Town before walking back home. The weather was beautiful and sunny. Almost as soon as we started our walk, we were greeted by the wonders that nature has to offer in the vast outdoors. We saw people, and other species as well. Pictured above are horses, and a majestic eagle soaring overhead, a symbol foreshadowing the heights that our day was about to reach! We talked about my painting, we talked about Selam’s family, we talked about Guillaume being busy with work. We also noted that the new confinement rules were quite strange, but relatively convenient. We had our attestations de déplacement dérogatoire , and we had ticked the box for sports activities, so we were pretty much authorized to go for a walk within a 10 km radius of where we lived for as long as we wanted. We talked and we walked and we made it to the Cours Saleya. Neither of us had
2 comments
Read the whole thing >>

I started playing Pokémon Ultra Sun on 18th of August 2018. At first, I was just playing it for fun, but at some point, I learned that people also play Pokémon competitively. I found out that there's a Pokémon Video Game World Championship which is held every year around August. This year, it was held in Nashville, Tenessee . When I learned all this, I thought, "That's so cool! You could actually literally be the World Champion at Pokémon, like in the games and the Anime!" Of course I had to give it a shot. And so I began to find out more about how to qualify for the World Championships, and basically, what you need to do is participate in official Pokémon competitions which can be at live events around the world, and also online competitions. This article gives an overview of what the Pokémon VGC (Video Game Championships) is about: https://www.pokemon.com/us/strategy/an-introduction-to-the-video-game-championships/ Fast forward to October, a
Post a Comment
Read the whole thing >>

Recently, I decided to start playing Pokémon again. I don't really recall what triggered it, but I remember I was just in the bus one day, heading home from work, and I suddenly thought "Hmm, I haven't played Pokémon in ages! Let's download a Gameboy emulator on my phone and replay Pokémon Red". As I played it, I recalled how much fun it was, and when I got home, I wondered if the new Pokémon games were any good. The latest Pokémon game I had played at the time was Pokémon Sapphire, which I played around 2008 - 2010 probably, and which I really enjoyed. And I had briefly played Pokémon Go when it came out in 2016, but it didn't have as many features back then, so I didn't play it too long. So I checked online, and found that the latest version of Pokémon was Ultra Sun and Ultra Moon , released on November 2017. So here was a really recent Pokémon game, not even one year old yet. I went ahead and downloaded an emulator for the 3DS an
2 comments
Read the whole thing >>

OMG I have friends! Friends who would throw a surprise birthday party for me! I could write a thousand words and it wouldn't even begin to describe how happy I am to have these people in my life. Oh my goodness.  I thought I was just gonna have dinner with a small group of friends. Just eight of us. I didn't invite too many people, because I didn't want to put them in a situation where they would potentially have to reject an invitation. That would just be uncomfortable. And I'm uncomfortable enough already, trying so hard to not tell everyone that my birthday is coming up, so let's just not get other people involved.  But then Selam told me if I could change it to lunch, because she "can't do dinner." So I thought, "so lunch it is then." I mean, what's the point of even having a meal on my birthday if my favourite people aren't there? And Anastasia said she could make it to lunch too, so all my favourite people definitely would b
2 comments
Read the whole thing >>

December 10, 2016
Last night, I did something embarrassing that I'm not very proud of. It was definitely not one of my better moments, but if I think about it, it's not really that bad. On a scale of one to ten, with ten being "I want to leave the country and go somewhere no one knows me", last night was probably a four.  As it was happening though, I think I remember that it felt like a 7 or an 8 for at least a short while. You see, we were at a friend's place for some Karaoke fun, and I was talking to a couple of my friends, and I started flirting with one of them who then basically said "Not gonna happen." Followed up with the other one saying "Oh snap!"  I'm pretty sure I lost my balance for a second. I literally almost stumbled and fell over backwards.
Post a Comment
Read the whole thing >>

Some things I've learnt so far in life

January 03, 2013
As I sit here trying to put into words some of the important lessons that I’ve learnt, I realize that a lot of them are quite complicated. They are also quite interconnected and relate to each other, but I’m not sure that I can be both coherent and brief, so for the sake of brevity, here they are, presented individually:
Post a Comment
Read the whole thing >>

Why love is an Addiction 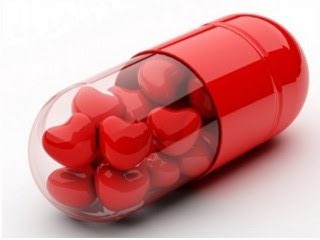 Love is not an emotion. It is an addiction. It is an addiction that plays with your emotions. Throwing you from the highest of highs to the depths of sorrow, sometimes in an instant. It makes people behave in strange ways, and do things they’d never otherwise do. People risk everything for love, they give their life for love, they kill for love.   Love is the most addictive substance in the world. Being in love shows all the classic symptoms of an addiction: dependence, tolerance, withdrawal, and relapse. When you’re in love with someone, they become special to you. The object of your desire becomes the focus of your attention, the motivator of your intentions – the center of your universe. They’re constantly in your minds, they’re the first person you think of in the morning, the one you dream of at night.
Post a Comment
Read the whole thing >>
More posts
English: I poop rainbows
Bahasa Melayu: Ku terfikir